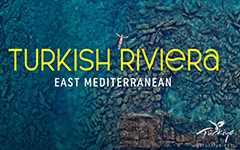 In twenty events organized across 25 cities in Türkiye, the Türkiye Tourism Promotion and Development Agency (TGA) hosted 196 press members, influencers and opinion leaders from 28 countries. The highlights of hospitality events and other organizations in August are listed below. European influencers share TurkAegean experiences with social media followers
Europe’s most influential social media figures were hosted by TGA in Denizli and Muğla between 8-12 August. Within the scope of the TurkAegean promotional campaigns, the nine-person group from the Netherlands, Scotland and France visited historical, natural and cultural sites in the Denizli and Muğla regions. The influencer group also enjoyed Turkish food and flavours, sharing each moment of the TurkAegean experience with followers on their social media accounts. 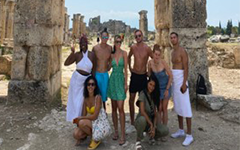 Within the scope of the Fifth Islamic Solidarity Games, held in Konya between 8-12 August, members of the press from Asia, Europe and the Turkic Republics were invited to Türkiye by TGA. In addition to sharing the excitement of the sports competitions, the 13-person delegation visited the historical and cultural sites of Konya. At the invitation of TGA, a group of nine press members were hosted at the Hazelnut Harvest Event in the Eastern Black Sea Region between 9-12 August. The guests, from Europe, the Middle East and the Turkic Republics, visited many natural beauties of Ordu and Giresun, areas that are known for their natural beauty. The group toured cultural and historical sites in both cities, and dined on Black Sea cuisine. In addition, the guests participated in the hazelnut harvest in Ordu as part of the program, filling baskets with the fresh hazelnuts collected from the trees. 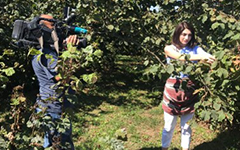 Media members from the Turkic Republics discover Ağrı and Iğdır

A nine-person press delegation, with members from Azerbaijan, Uzbekistan, Kazakhstan and Kyrgyzstan, came to Turkey at the invitation of TGA. The group was hosted in Ağrı and Iğdır between 9-12 August. Within the scope of the three-day program, the group visited the important historical, natural and cultural areas of both cities and discovered Ağrı and Iğdır from several aspects. 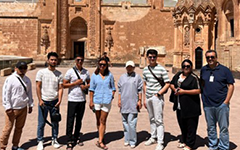 In a collaboration between TGA and Turkish Airlines, influential Australian Sam Chui was invited to Türkiye and hosted in the Aegean region with a specially prepared program. Hosted in İzmir and Denizli between 13-15 August, Chui enjoyed a hot air balloon tour and visits to various points within each city. In addition, Chui was treated to the local delicacies of Aegean cuisine. Influencers from the Middle East introduced to Black Sea culture

Renowned social media figures from the Middle East were invited to Türkiye’s Black Sea region by TGA. Hosted between 15-19 August, a group of influencers from Qatar, United Arab Emirates (UAE) and Saudi Arabia visited important natural areas in Rize and Artvin. During the program, the guests enjoyed regional cuisine along with local music and clothing, sharing their Rize and Artvin experiences on their social media accounts via videos and photo frames. 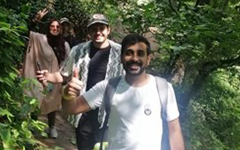 Danish and Swedish media members were hosted by TGA in Antalya for the Turkish Riviera Luxury Event. The group, hosted in Antalya and Kaş between 15-19 August, visited the natural, historical and cultural areas in Antalya and Kaş. They also enjoyed a boat tour along the Mediterranean coast. Invited to the Black Sea region by TGA, a group of media members from Poland, Romania, Bosnia and Herzegovina, Serbia, Montenegro, and Bulgaria were hosted in three Black Sea provinces. From 17 August to 22 August, the group toured Trabzon, Gümüşhane and Bayburt within a program highlighting the cultural and historical values of the region. The group also visited the Baksı Museum and the Kenan Yavuz Ethnography Museum in Bayburt. During the Türkiye visit, the delegation also attended the concerts of Gülsin Onay and the İstanbul Opera Ensemble’s Hasattan Harmana (From Harvest to Blend). 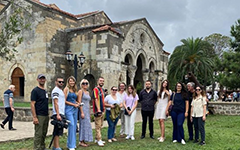 Within the scope of TGA’s TurkAegean campaign, representatives from Switzerland’s leading publications were hosted in Bodrum between 18-21 August. During their stay, the group experienced various points of Bodrum with activities, including touring the region’s historical, cultural and natural beauties. The press group also had an opportunity to enjoy a variety of dishes from Aegean cuisine. European media members and influencers share the excitement of Transanatolia

As guests of TGA, media members and social media influencers were hosted in Hatay and Gaziantep between 18-22 August for the Transanatolia 2022 motorsport races were hosted. The nine-person group, with members from Australia, France, Poland, Romania and Italy, enjoyed a program highlighting the archaeological and gastronomic values of Hatay and Gaziantep. During the Transanatolia 2022 event, the group interviewed race participants and also visited the Hatay Expo. 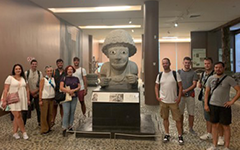 Türkiye’s Best Tourism Villages and Trekking routes introduced to European influencersSix influential names from Spain, Belgium and Poland were hosted by TGA between 22-26 August, with a program covering İstanbul, Kocaeli, Sakarya and Bolu. The promotion of Türkiye’s most beautiful trekking routes and Taraklı Village, which is included in UNESCO’s “Best Tourism Villages” list, was also featured in the hospitality program. Throughout the trip, the influencer group shared their experiences with followers via their social media accounts. 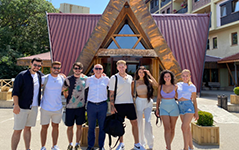 TGA invited Tancredi Palmeri, a prominent presenter from Italy’s leading sports channel Sport Italia, to view the 2022 UEFA Cup draw in İstanbul. Palmeri and his team were hosted in İstanbul between 23-27 August. As part of the hospitality program, Palmeri and his team visited the city’s historical and cultural sites and enjoyed Turkish cuisine. Palmeri followed the draw live on his social media account and shared the updates. 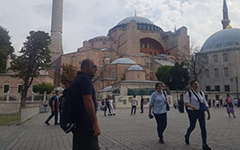 A group of ten members of the media were invited by TGA to observe the Tour of Sakarya bicycle races. The group was hosted in Sakarya between 24-28 August. Media representatives from the Netherlands, Poland, Bosnia-Herzegovina, Spain, Tunisia, Serbia and Bulgaria closely followed the Tour of Sakarya races. As well, they enjoyed the distinctive cycling experience in Sakarya’s Bicycle Valley and visited certified bike-friendly hotels. Within the scope of the 6th Bozcaada Jazz Festival, which took place between 25-28 August this year, TGA hosted a ten-person group of press members and artists in Türkiye. In addition to the Festival program, guests from the Netherlands, England, Italy, Germany, France, Sweden, Belgium, Norway and Austria participated in a specially prepared Çanakkale tour and visited the area’s natural, historical and cultural beauties. 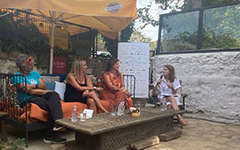 TGA attended Virtuoso Travel Week in Las Vegas between 13-19 August. The sector’s first and largest post-pandemic event, Virtuoso Travel Week brings together thousands of top luxury travel professionals and providers from over one hundred countries. Ceylan Şensoy, Product Marketing Director, represented TGA at Virtuoso Travel Week, which was attended by more than five thousand professionals from around the world. During the four-day event, the TGA booth was visited by 165 travel consultants from the United States and abroad, who were provided with information on Türkiye’s gastronomy, history and experience products. Within the scope of one-on-one meetings, a total of 120 travel consultants were introduced to a range of Türkiye’s tourism products. From Antiquity to the Present, Faith Tourism in Anatolia Congress held in Cappadocia

The Faith Tourism Congress was organized in Cappadocia between 25-28 August with the contributions of the Ministry of Culture and Tourism, and Türkiye’s leading universities, public institutions and professional organizations, and the support of TGA. TGA also participated in the Türkiye Faith Tourism Workshop organized within the scope of the Congress. 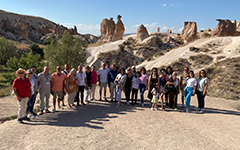 The İzmir leg of the IFCA JYM World Slalom Championship took place in Alaçatı between 14-21 August 2022. One hundred and forty athletes from 17 countries competed fiercely for top ranking in the Junior, Youth and Master categories. TGA hosted the IFCA President, its Board of Directors and foreign surfers as part of the initiative to promote surfing tourism in Alaçatı and support Alaçatı in becoming a surfing destination with high international brand value. A total of 242 meetings have been held to date