In February, the İstanbul is the New Cool, Coming Soon, Safe Tourism and Marmaris advertising campaigns were broadcast across 125 different countries and achieved 8667 GRPs. In digital campaigns, four separate promotional films were broadcast in 125 countries, reaching a total of 2.3 billion views. In addition, approximately 16.6 million unique visitors visited the GoTürkiye website in February. 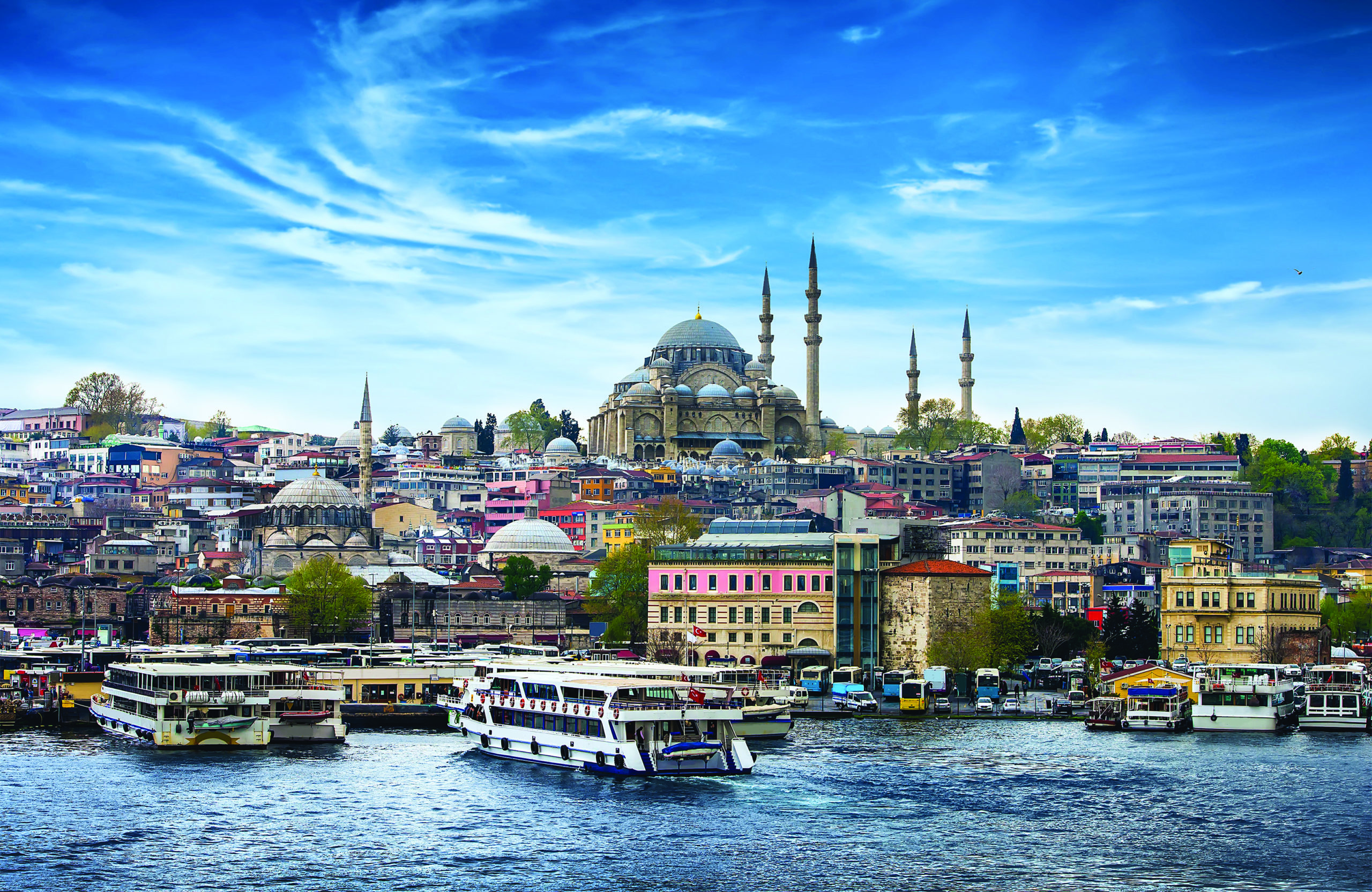 TGA hosted a total of 135 people in February

A total of 135 people, including 44 members of the press and 26 influencers, were invited to Türkiye by the TGA in February. Coming from 22 countries, the visitors were hosted at the 18 events, organized in 13 cities across Türkiye. Social media posts from these hospitality events garnered a total of 16 million views.
Highlights of the events held throughout February are as follows: 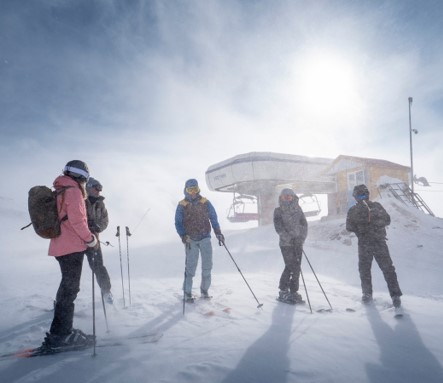 İstanbul hosted two hospitality events in February
To promote İstanbul culturally and gastronomically, two separate hospitality events were held in İstanbul in February. First, two influencers from Germany discovered İstanbul as part of an influencer event held between 1-4 February. From 16 to 18 February, two members of the press from Austria visited historical and touristic sites in the city and shared their experiences. 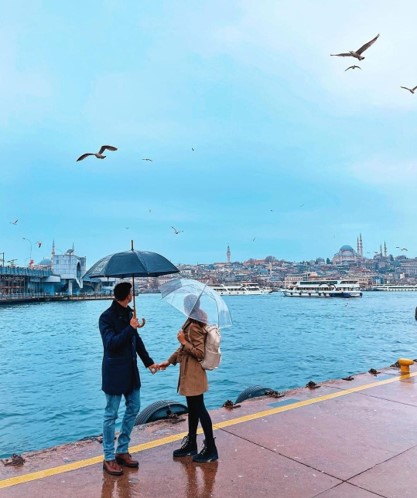 A total of 14 influencers from the UK, Spain, France, Germany and Italy participated in a hospitality event between 7-11 February to promote the Mardin destination and its cultural and gastronomic values. The influencer group, which toured the historical and cultural areas of Mardin, also produced content promoting the Mardin destination in a gastronomic context. On the last day of the hospitality event, the group had an opportunity to visit İstanbul. About 12.6 million people were reached via social media through content produced throughout the event by the influencers. The Tour of Antalya, one of the world’s leading cycling organizations, was organized with the participation of 161 athletes and 23 teams from 13 countries. The event, supported by the TGA to amplify the brand value of international cycling racing organizations in our country and to promote Türkiye’s wide range of tourism products, attracted worldwide attention thanks to digital broadcasts by athletes and influencers, as well as TV broadcasts by athletes and influencers. Five members of the press from Spain, Italy, Germany and the Netherlands were hosted in Antalya between 9-14 February as part of the Tour of Antalya. During the event, members of the press followed the cycling race and experienced the cycling routes in Antalya. 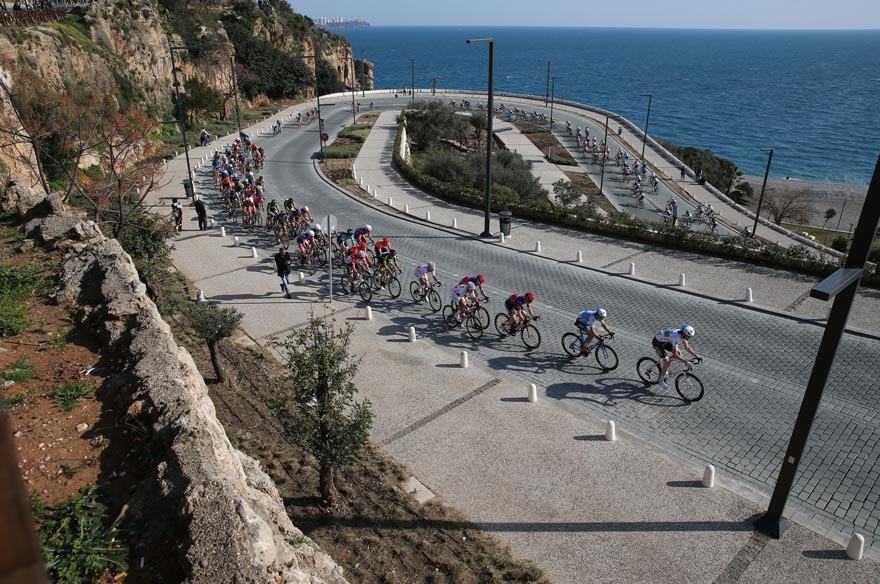 Concert from Concertgebouw at Ankara CSO

The Concertgebouw Royal Dutch Chamber Orchestra, one of the world’s leading music ensembles, performed at the CSO Ada in Ankara. Within the scope of the concert, a total of seven members of the press from the Netherlands, Serbia and Bulgaria were hosted in Ankara. In addition, Ankara’s cultural and artistic riches were introduced to the press. 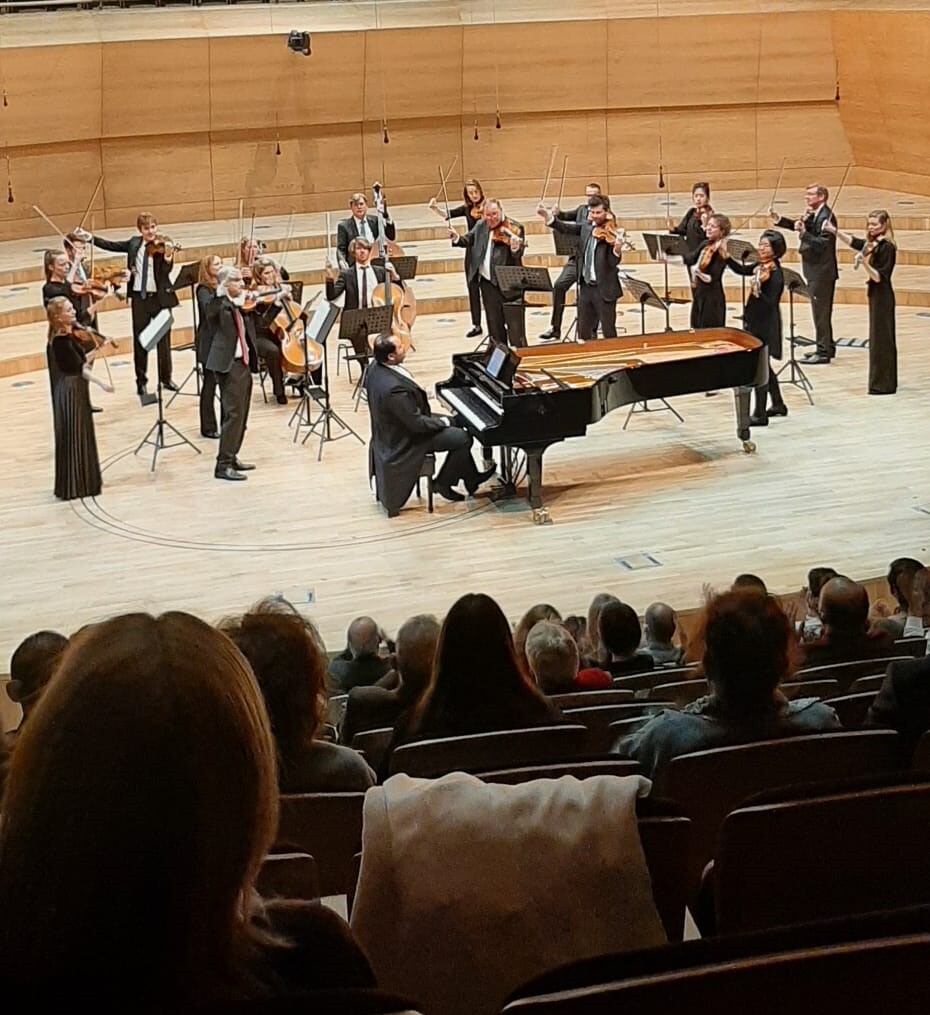 A hospitality event for the German market was organized together with TÜRSAB to promote faith tourism routes and destinations in the provinces of Diyarbakır, Şanlıurfa and Mardin. German Travel Association president Norbert Fiebig, along with his accompanying delegation, held official meetings in the three provinces between 15-19 February. The meetings are designed to include faith tourism routes in the region – the “Golden Triangle of Mesopotamia” – in tour programs. 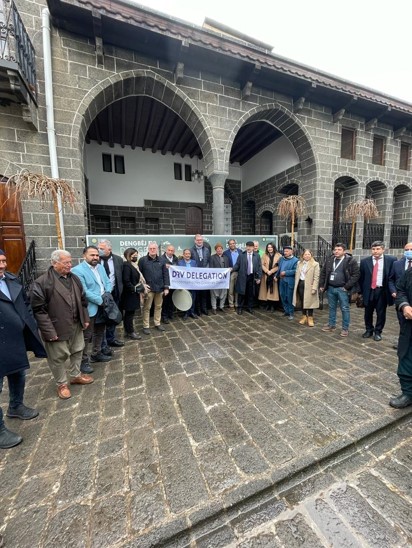 Megan Banner, a writer for the prominent UK publication, the Daily Mirror, was hosted in İstanbul between 24-27 February as part of an event promoting İstanbul’s rich content in the fields of culture and art. In İstanbul, Banner visited cultural points and the Atatürk Cultural Centre (AKM), and enjoyed the gastronomic diversity of the city. 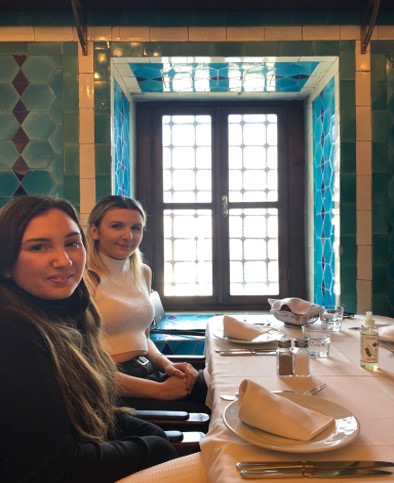 Thumbs up to Antalya and Alanya from German BDR Team

German Cycling Federation team Bund Deutscher Radfahrer (BDR) camped in Antalya for three weeks in February. The BDR team, hosted by the TGA, experienced the cycling trails in the Antalya region while participating in both the Tour of Antalya and the Velo Alanya races. The stellar hospitality garnered a collective thumbs up from the BDR team for the tracks in the Antalya and Alanya region. 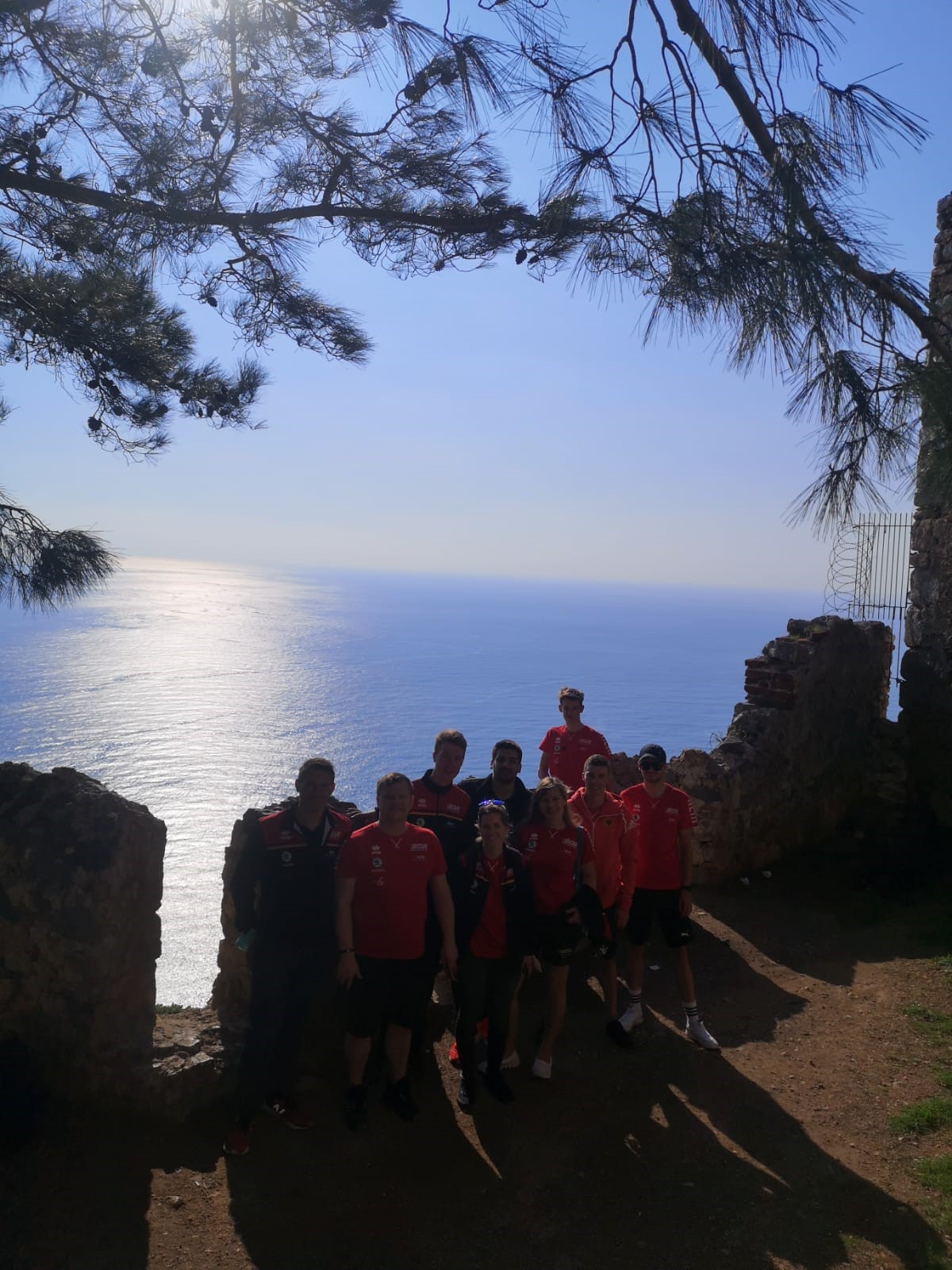 Aiming to promote Türkiye’s offerings for destination weddings abroad, the TGA hosted a group of nine wedding and event planners and MICE agencies from Pakistan in Antalya and İstanbul between 2-7 February. The Pakistani group, which visited hotels and event venues as well as historical and touristic attractions in both cities, received detailed information regarding all the venues. 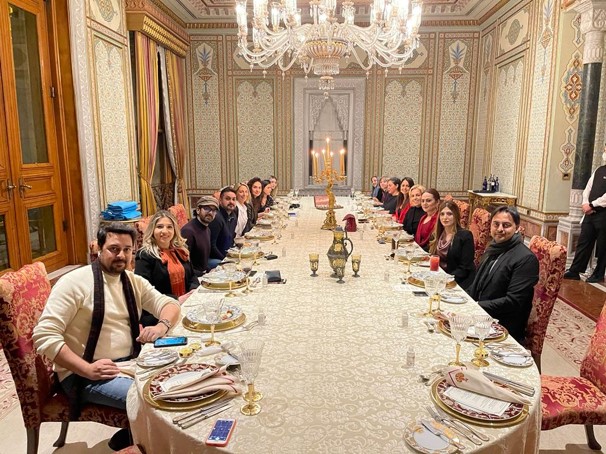 Türkiye takes its place at the EMITT Fair

The EMITT İstanbul Tourism Fair, one of the world’s leading tourism fairs, was held at Beylikdüzü TÜYAP Fair Centre between 8-11 February. Participants and attendees showed great interest in the Türkiye stand, which was opened by Minister of Culture and Tourism Mehmet Nuri Ersoy. In addition, a presentation titled “Türkiye’s Global Tourism Promotion Platform: GOTÜRKİYE” was conducted by TGA Product Marketing Director Ceylan Sensoy within the scope of the fair. GSTC announces cooperation with TGA to its business partners

The collaboration between the TGA and GSTC, one of the world’s leading accreditation bodies in the field of sustainability, began in January and has drawn great attention. The GSTC featured the cooperation on its corporate website and also announced the development to its partners via its monthly newsletter. 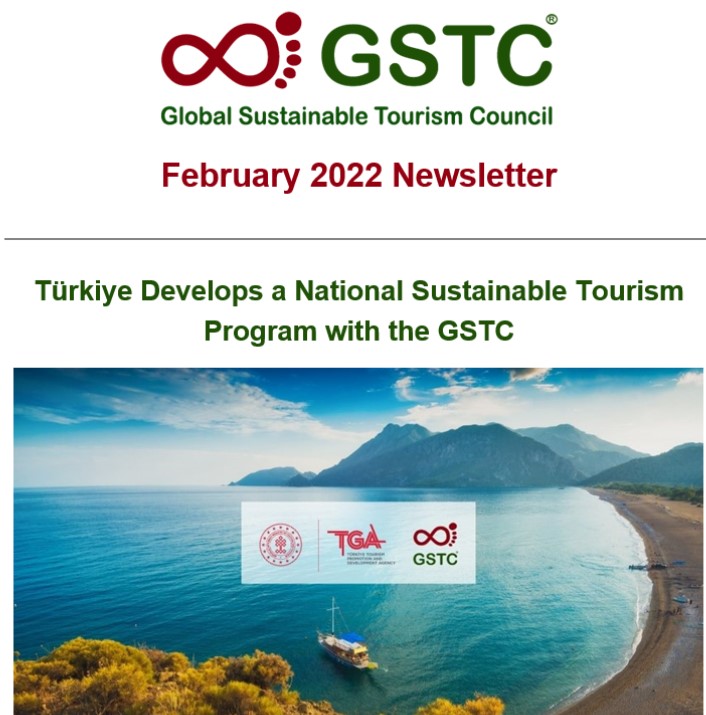 Board meetings held in 36 more provinces

The provinces of Bingöl, Elazığ, Erzincan, Hakkari, Tunceli, Ardahan, Iğdır, Aydın, İzmir, Manisa, Adıyaman, Siirt, Batman, Şırnak, Çankırı, Kayseri, Kırşehir, Konya, Nevşehir, Niğde, Yozgat, Aksaray, Karaman, Kırıkkale, Artvin, Kastamonu, Samsun, Sinop, Trabzon, Zonguldak, Bartın, Karabük, Çorum, Tokat, Bursa and Kocaeli completed the signing process of the Promotion and Development Board Cooperation Protocol within the scope of the Provincial Promotion and Development Program (ITGP). The Program is carried out to ensure more effective promotion of provinces and sub-destinations in the national and international arena, and the first board meetings were held for these provinces. 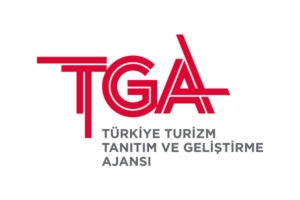 Sub-destination meetings were also held last month in Muğla, which completed the provincial board meetings. The four destinations consist of Bodrum/ Milas/ Yatağan/Kavaklıdere; Menteşe/ Ula/ Marmaris/ Datca; Fethiye/ Seydikemer; and Köyceğiz/ Ortaca/ Dalaman. Under the leadership of the Muğla Governorate, meetings were held with stakeholders to assess the tourism potential of these districts and to increase the promotion of each destination. 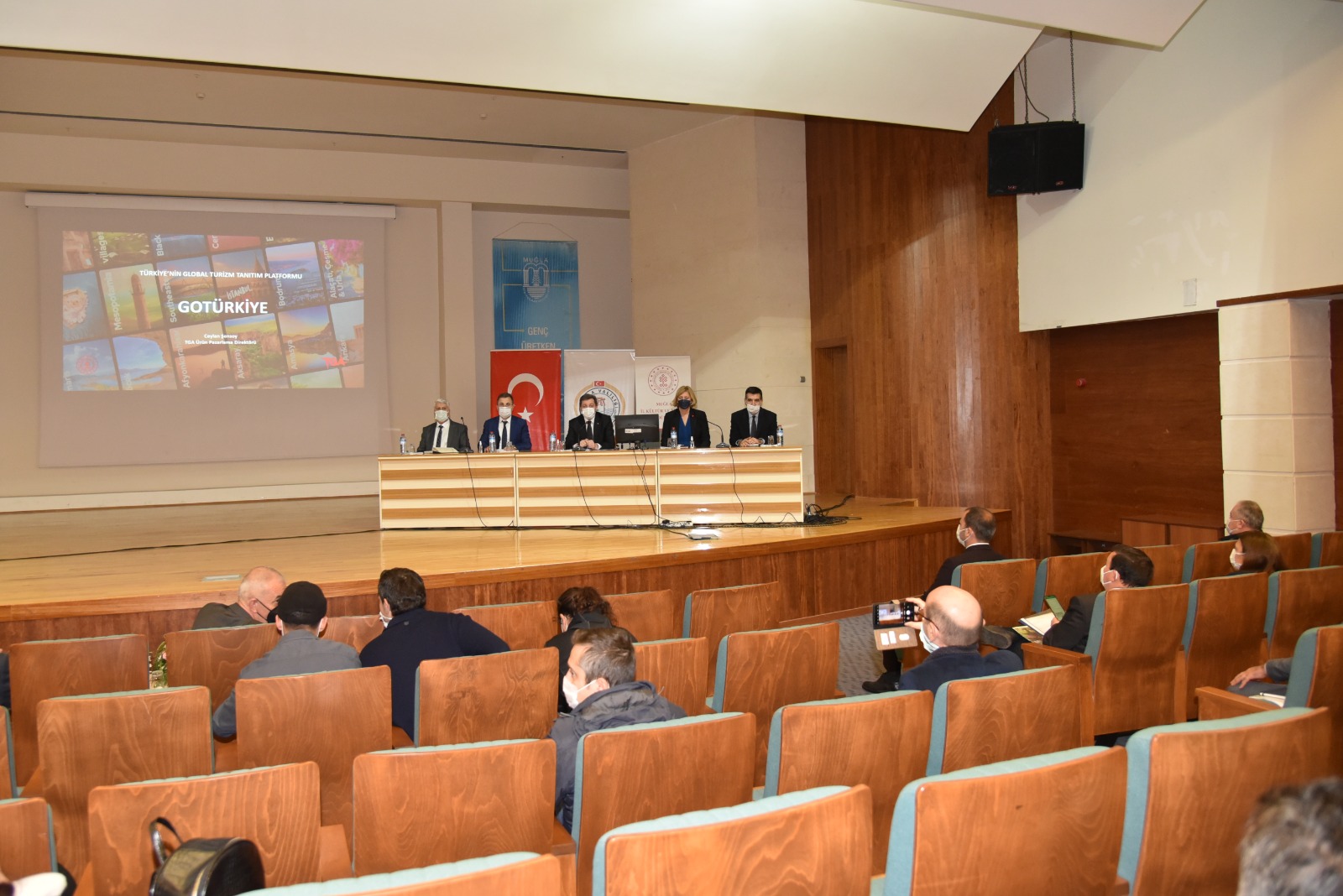 Within the scope of the relevant articles of the Promotion and Development Board Cooperation Protocol, under the roof of domestic @gezsen and international @go, as of February, the Bitlis and Bursa Instagram accounts of their provinces became operational, and shares started. These Instagram accounts join those of the Adana, Thrace, Ordu, Bolu, Erzurum, Kars, Isparta, Batman, Muş, Balıkesir, Çanakkale and Konya provinces.