In 18 events organized across fourteen cities in Türkiye, the Türkiye Tourism Promotion and Development Agency (TGA) hosted 175 press members, influencers and opinion leaders from 17 countries. Highlights of July’s events and hosting are as follows:

American writer and editor Drew Limsky hosted by TGA in İstanbul
Drew Limsky, the editor-in-chief of the award-winning South Florida Business & Wealth Magazine (sfbwmag.com), was hosted by TGA in İstanbul between 1-3 July. Within the scope of the İstanbul hospitality program, Mr. Limsky toured various historical and cultural sites of İstanbul. He also enjoyed a boat tour and the unique İstanbul views along the Bosphorus. As well, Mr. Limsky gained knowledge and experience regarding dishes specific to Turkish cuisine. 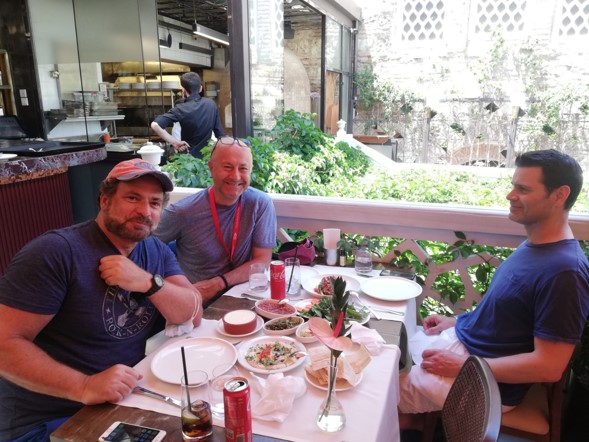 Serbia’s Most Influential Media Group’s Unique ‘Türkiye Experience’
TGA hosted a group of seven guests from the SAT Media Group, an organization closely followed in Serbia, Croatia, Montenegro, and Bosnia and Herzegovina via its print and digital broadcasts. The group visited Türkiye between 3-6 July, touring historical, natural and cultural sites in Edirne, Balıkesir and İzmir within the scope of the hospitality program. During their time in Türkiye, the group created a special photography essay to convey to audiences and followers the ease of traveling by road from Serbia to Türkiye. 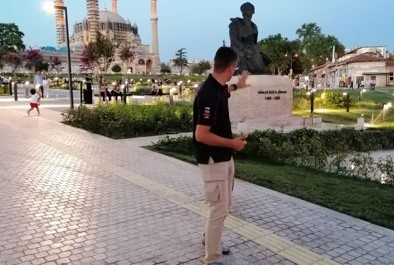 British journalists and influencers hosted in Dalaman and Bodrum

Influential names from the UK press and social media were hosted in Dalaman and Bodrum by TGA between 4-7 July and 18-22 July. Within the scope of the hospitality program, influencers and press members enjoyed the uniquely beautiful nature of Muğla, while learning about the history and culture of the region. Both groups had the opportunity to dine on the finest dishes in Turkish cuisine. 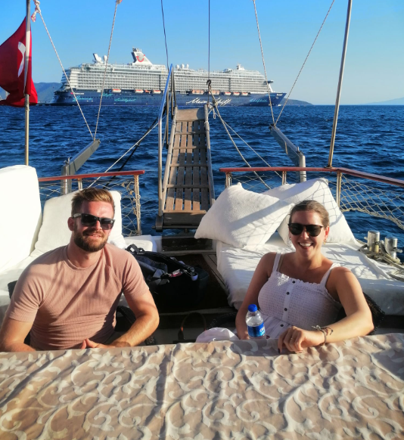 A group of seven media professionals, from Uzbekistan, Kyrgyzstan and Azerbaijan, visited Türkiye upon the invitation of TGA. The group was hosted in Antalya, Burdur and Isparta from 4 to 7 July. The guest journalists visited the important historical and cultural sites of the three cities and also conducted interviews and photo shoots for various news activities. Guests enjoyed a ‘fragrant’ nature experience, especially during the visits to the rose and lavender gardens in Isparta. 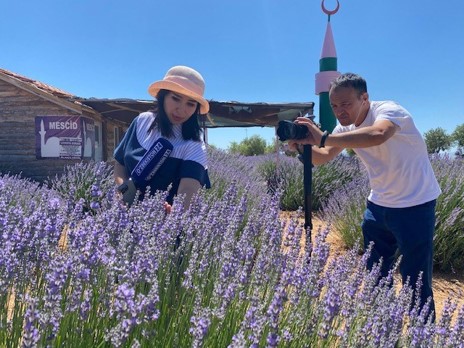 Danish journalists depart Türkiye with memories from their Aegean visit

Members of the Danish media were invited to Türkiye by the TGA as part of the TurkAegean campaign. Hosted in İzmir and Muğla between 4-9 July, the Danish group experienced the blue waters of the Aegean Sea along with the natural, historical, cultural, and gastronomic highlights of İzmir and Muğla, within the scope of the program. 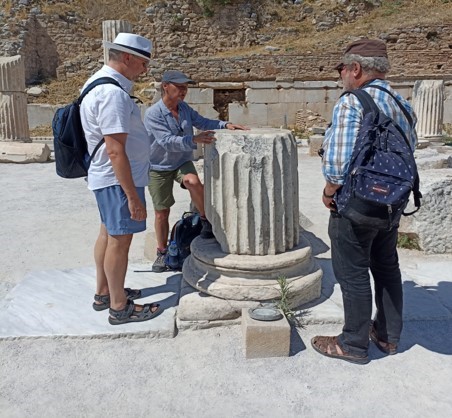 Nine journalists from Serbia and Bosnia and Herzegovina were hosted in İstanbul and Ankara as part of the July 15 Democracy and National Unity Day and Culture Press Event program. Staying in İstanbul and then Ankara from 3 to 8 July, the group visited the Anıtkabir, the TBMM Building, the Millet (National) Library and the Hafıza 15 Temmuz Museum, as well as other venues highlighting the historical and cultural values of both cities. 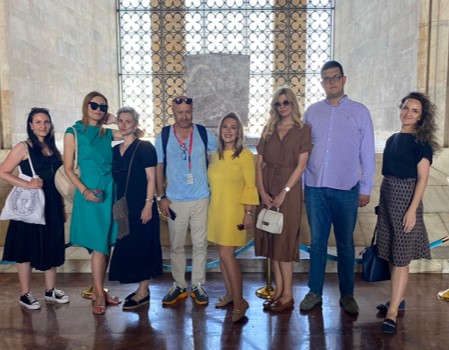 Press members from France, Germany, Azerbaijan, and Kyrgyzstan visited Türkiye upon the invitation of TGA, and were hosted in the impressive cities of Van and Bitlis in Eastern Anatolia. Within the scope of the press hosting program held between 19-23 July, the group visited the important museums and historical sites of Van and Bitlis. Guests also participated in diving activities and training sessions as part of the Lake Van Diving and Swimming Festival. The group also conducted interviews and photo shoots highlighting Lake Van, an important location in diving tourism due to its micro biodiversity richness as well as its recreational swimming activities. 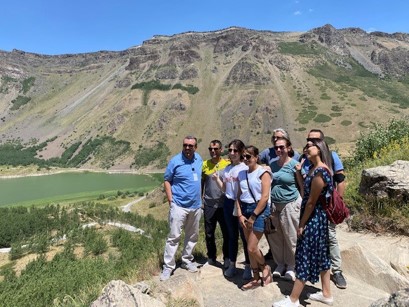 The TGA invited influential names in British and Irish social media and journalism to Nevşehir, Cappadocia from 28 July and 1 August. Cappadocia presents guests with extraordinary experiences due to its unique geological features and historical layers; the group visited the historical and cultural sites of the region within the scope of the program. In addition, the group enjoyed aerial views of the region’s unique natural beauty during a hot air balloon tour and experienced the finest dishes in Turkish cuisine, sharing each moment of their Cappadocia visit from their social media accounts. European influencers also say that “İstanbul is the New Cool”

Within the scope of the İstanbul is the New Cool campaign, one of Türkiye’s promotional campaigns, twelve social media names from Italy, Spain, France, Germany, and England were hosted in İstanbul between 25-29 July. The two groups of influencers experienced the impressive history, culture, and social life of İstanbul with various activities along the themes of ‘Shopping’ and ‘Culture-Art’. The group members shared these splendid İstanbul experiences on their social media accounts using the tags “İstanbul is the new cool” and “goturkiye”. 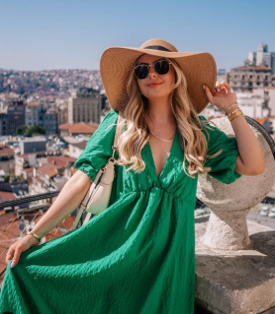 The Turkish Tourism Promotion and Development Agency (TGA) introduced its notable bicycle routes and organizations, established in key tourism destinations such as İstanbul, Antalya, Cappadocia, İzmir, Muğla, Sakarya and Kayseri at Eurobike, Europe’s largest bicycle fair. The Eurobike Fair, which brings together the global leaders of the bicycle industry in Germany, was held for the 30th time this year between 13-17 July with the theme “Holiday on Bike”. At Eurobike, which keeps the pulse of the global bicycle industry, more than 1,500 exhibitors from 105 countries exhibited their products. The Fair drew 33,780 commercial visitors and 27,370 cycling enthusiasts from all over the world. 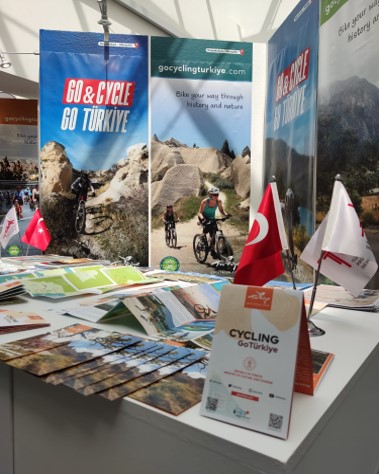 A total of 207 meetings have been held to date

Within the scope of the relevant articles of the Promotion and Development Board Cooperation Protocol, under the roof of domestic @gezsen and international @go, the Instagram accounts of the Adana, Trakya, Ordu, Bolu, Erzurum, Kars, Isparta, Batman, Muş, Balıkesir, Çanakkale, Konya, Bitlis and Bursa provinces, continued to be active through July, featuring posts and stories, along with media investments. Iğdır and Malatya continued to share from accounts activated in June, under the umbrella of @gezsen.